As part of the John Cage Centennial Festival Washington, DC, I prepared a new realization of the electronic music classic Cartridge Music (1960). In this piece each performer must build his/her own instrument and derive a score from Cage’s master score. Below is a recording of the performance at the National Gallery of Art and a review of the concert is here. 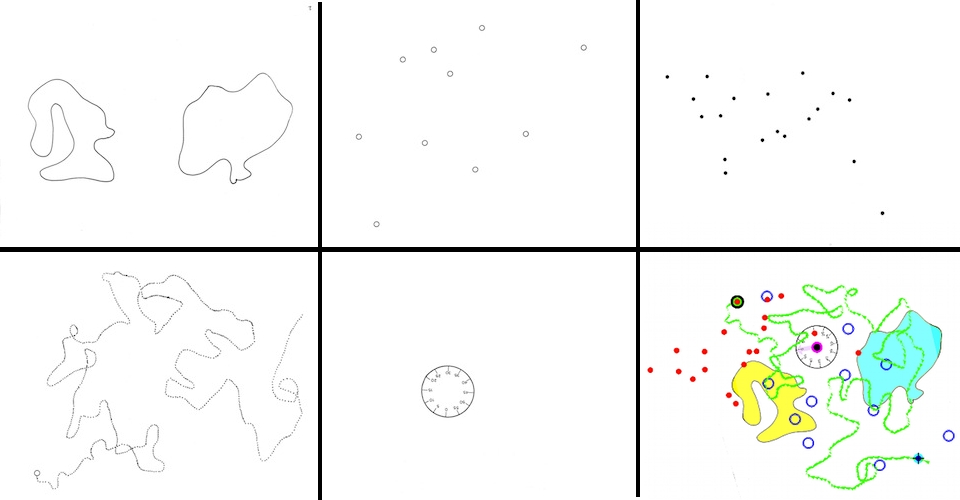 For this event I programmed a small software in Pd/GEM to automate the process of generating and performing scores, each performer assembled his score from the output of the computer. Each separate element of the score looked like the first 5 elements in the figure on the left.

The sixth element in the figure is the computer recombination of the original images through a random process in order to obtain the events of the score as shown in the following video:

Mumma shouted when he saw the patch as he wondered how much time they might have saved with it. A second patch is used for performance and shows each event and a chronometer to assist the performer. It also allows the playing of “tape loops” which the Cage score suggests. A small video can be seen here:

The source for these programs is here. 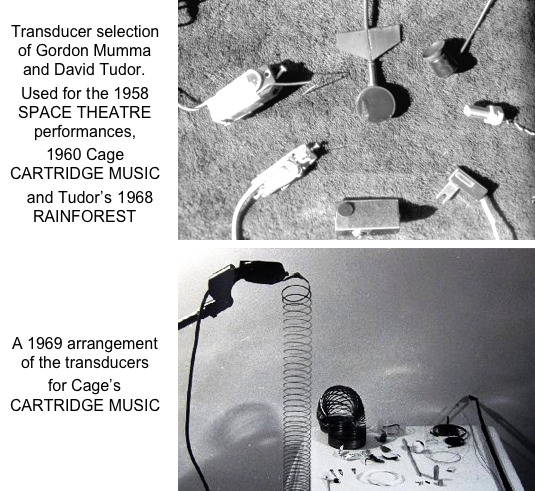 Cage’s score calls for the amplification of small sounds with various ways, although the central one is by inserting objects into phono cartridges. Gordon Mumma, showed me the following pictures to get an idea of what kinds of instruments they used (they being cage, tudor, and mumma, amongst others).

We used cartridges, piezos and some cheap korg transducers. Our setup looked somewhat different, but something was retained from theirs.

In performing a piece such as Cartridge Music there is no correct performance or correct instruments, just following the ethos of the piece. 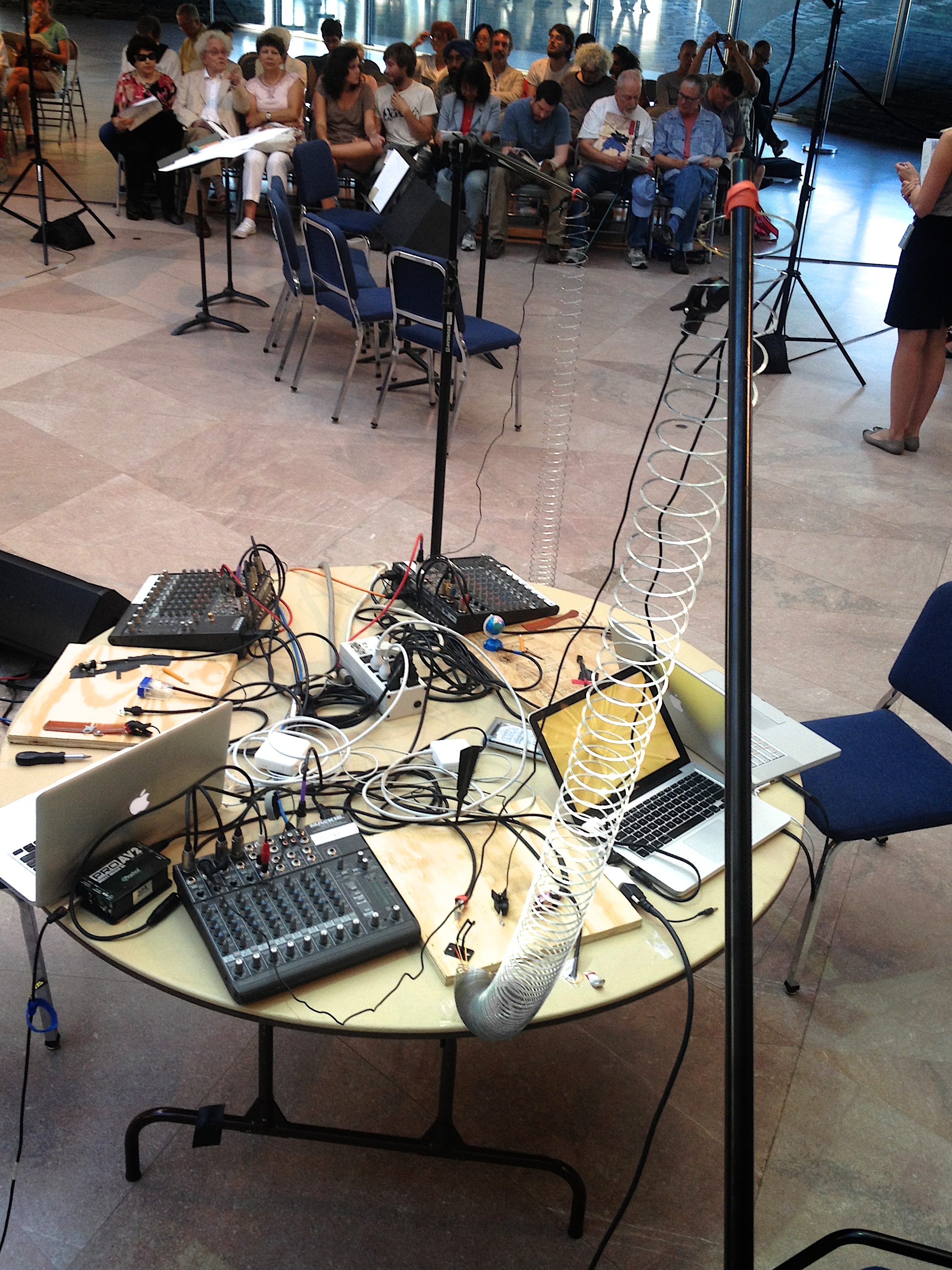