You can download the software here.
You can read the program and technical notes here.
You can listen to an excerpt from an audio recording  here or listen in the link below: 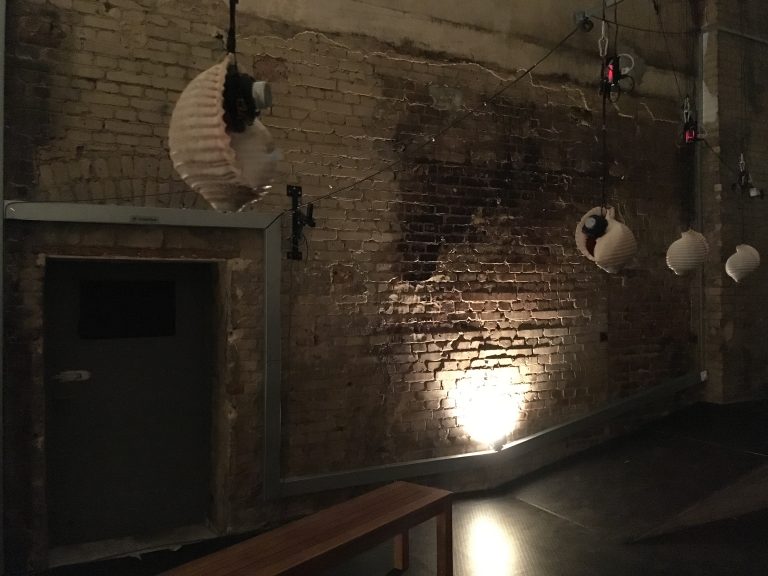 Caracoles IV is an installation that uses interactive feedback systems to sonically explore modified conch shells known as a pututus. A pututu or pututo, is an Andean musical instrument fashioned out of a conch shell by cutting the apex of its spire and shaping it like a cornet embouchure. These instruments existed far before colonial occupation in the 15th century and are thoroughly represented in pre-Columbian Andean visual art. 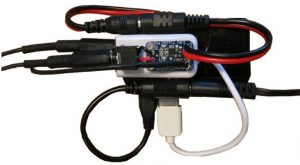 This musical instrument is thus co-created by both a human maker and the non-human large snail that once inhabited it; it is the mollusk’s exoskeleton and home, and it is shaped by its existence. Emptied of its organic body it is appropriated by the instrument maker. In this installation, I perform a third appropriation by placing a microphone in the embouchure and a speaker at the end of the spiral canal and connect them through a software-mediated feedback system running on a raspberry pi zero micro-computer that hangs above the shell. 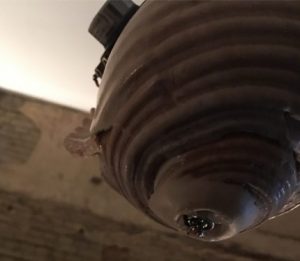 Electret MIcrophone at the embouchure of the shell

The spiral shape of the shell has important cultural meanings. It metaphorically resonates with the human cochlear canal, but also with various spirals like DNA chains and electronic coils. When we listen to an empty shell, it acts as a filter and resonant chamber to our bodies and spaces, thus, its resonant frequencies color the sounds of the world. The filtered noise of the world audible through conch shells is popularly believed to be the distant sound of the sea, as if the shell had recorded its past life’s soundscape, or as if it were able to transmit it by virtue of an intimate connection to its former habitat. In both cases, conch shells are made out to be sonic media. Pututus play a similar role. Their sounds connect us to an ancient Andean soundscape long gone; these powerful symbolic material objects are severed from their context, and their potential aesthetic, religious and social functions, all of which are inaccessible except through speculation on material vestiges. In this installation, these instruments are suspended in the air severed from context and from performers. 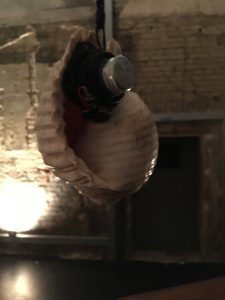 Instead of performing these instruments and hearing their sounds as blown, we instead hear the spectral components of the shell over time. Through a pitch tracker, the system detects resonant feedback frequencies and temporarily cancels them, thereby pushing the system to lock onto a new frequency, and so on. The result is a sequence of resonant frequencies that derive from the shape of the shell and properties of the system; the shell’s shape is sung by feedback. 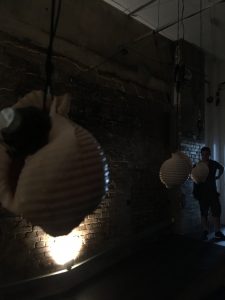 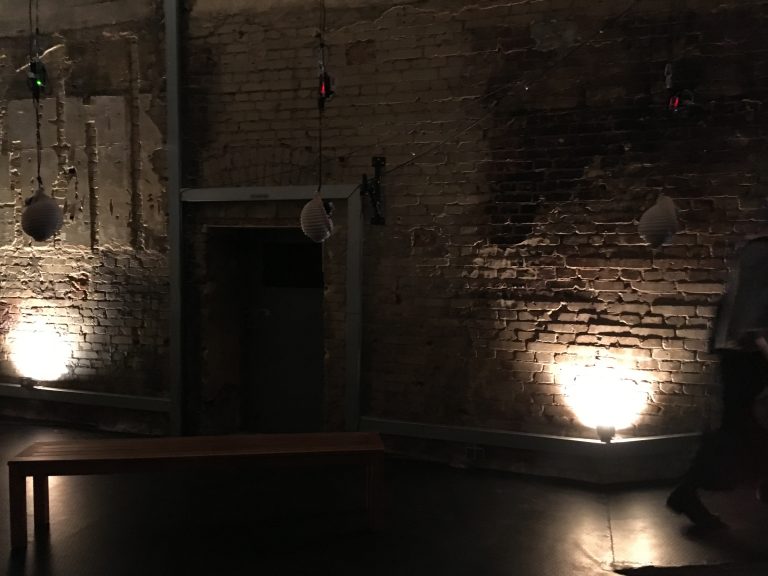 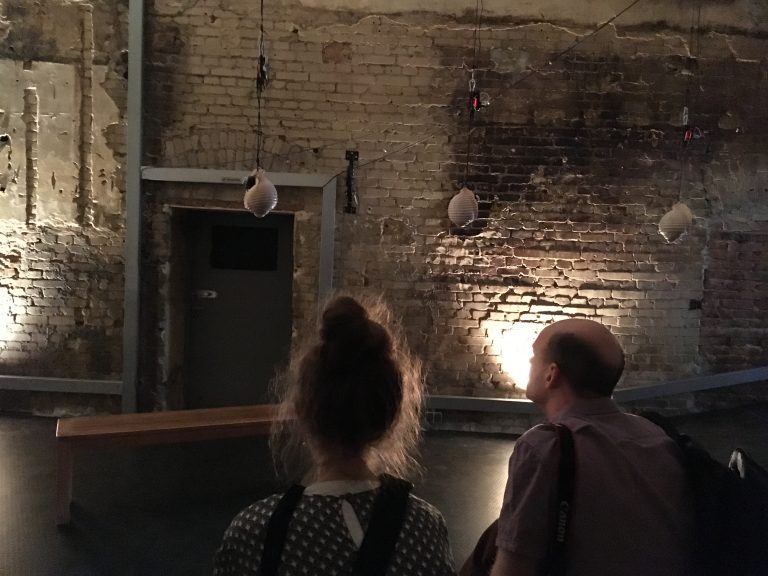 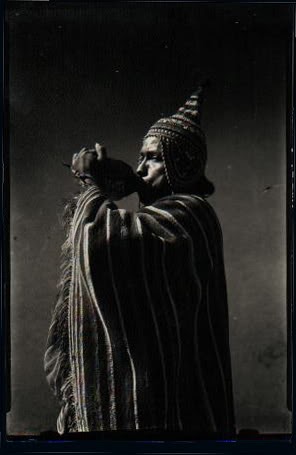 Photograph by Cuzco photographer Martin Chambi of a person playing a Pututu in the early 20th century. 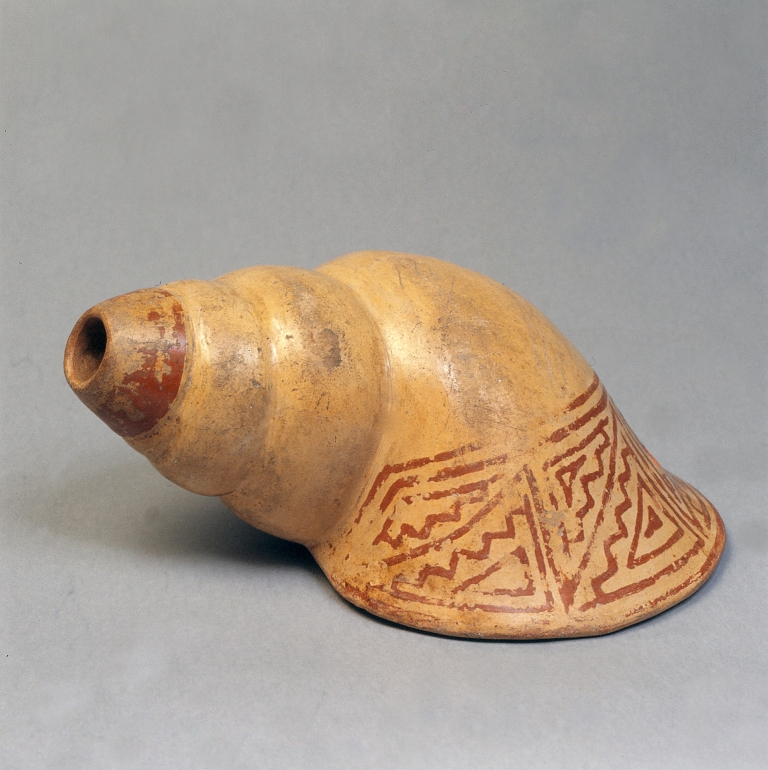 Pre-Hispanic ceramic representation of a Pututu.

Representation of a person playing a Pututu as depicted by Chronicle writer Felipe Guamán Poma de Ayala in the 16th century.